A Cooking Weekend Below the Gnat Line

Several months ago, I got an email from a woman with an
intriguing request  unlike any I’d ever
before received.

Maureen Lok wrote that she is the Board Chair at The
Center for Children & Young Adults, a group home that
provides food, clothing, shelter, education, recreation, medical care and
psychological care to abused and abandoned
youth. A fundraising group called Circle for Children was hosting
a ball with an auction to raise funds for the agency, and she wanted to offer a
dinner of dishes from my book, “Eat Drink Delta,” that I would prepare in the top
bidder’s home!

I was flattered, and wanted to
help…but I am not a professional chef.
Testing recipes at home among family and friends is one thing; preparing
an entire meal in an unfamiliar kitchen for strangers I am trying to impress is
quite another. I feared this might be out of my range of expertise. 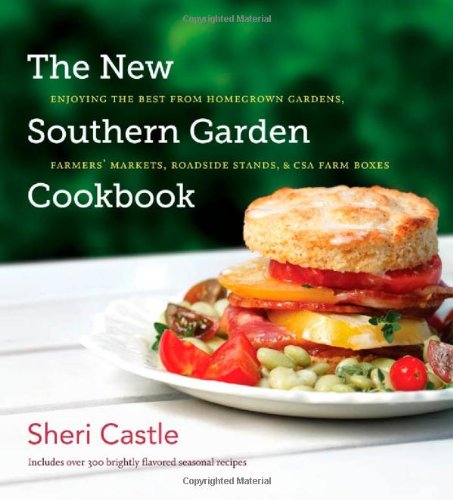 For advice, I called my good friend Sheri
Castle of Chapel Hill, NC.. She is the author of one of my
favorite go-to cookbooks, “The New Southern Garden Cookbook,” and regularly
conducts cooking classes and demos in strange kitchens all over the Southeast
and beyond. She had plenty of pointers, and by
the end of the conversation I was able to twist her arm into cooking the dinner
with me, using recipes from both of our books. To learn more about Sheri’s work, please visit her at http://www.sheri-inc.com/

Maureen loved the idea – so much
so, that she placed the top bid on the dinner herself. Rather than come to her
house to cook, though, she had a more novel idea: why not make a weekend of it
and meet at Lake Blackshear near Cordele, where several of her friends had
homes and could put us up? Neither Sheri nor I had ever explored that part of
the state before, so we decided to go for it.

I hitched a ride with Maureen from
Atlanta, and on the three-hour drive along deadly-dull I-75 we swapped life histories.
She is a delightful conversationalist and especially lights up when talking
about the kids who come to the CCYA – and how seeing their broken lives healed motivates
her to do everything she can to keep the agency thriving.

Finally we took the exit onto the
country highway that led us past peach orchards, corn fields, ritzy hunting
plantations, and several bbq joints to an enclave of lovely lakefront homes,
where Maureen’s friends Marty and Elaine live within a stone’s throw of one
another.  We pulled into one of the
driveways, and Sheri arrived soon after. Barely had we stepped out of our cars when
we got our first reminders that we were officially “below the gnat line” – as
swarms of the pesky little devils arrived to greet us in full force.

Our charming hostesses, however,
more than made up for that small nuisance, and soon enough we had cold drinks
in our hands and cheese straws at our fingertips, and felt as relaxed as Jack,
one of several resident canines.

Marty, Elaine and some other
neighbors had planned a feast for us that they would prepare that evening.  But before they started cooking, they wanted
to give us the foodie tour of their neck of the woods. They pointed out their
favorite bbq spot with no name as far as we could see, several butcher shops
specializing in sausage-making, and the honky tonk called Booger Bottom where
they go for live music, burgers and beer.

We started with lunch at Shelia’s, a spotless buffet-style café  behind a filling station with rockers out
front. With country music serenading us, we heaped our plates with well-prepared
home cooking that tasted fresh off the farm.  Afterward, we popped into the Salt Lick
Sausage Company in the same rustic building next door, an old-time grocery
store and meat market that specializes in homemade sausages, beef jerky and a
variety of homemade baked goods.

We then headed to a gourmet shop in
Albany called Tommy MCs for boiled peanuts  — the requisite hors d’oeurvre! – and other
odds and ends for the feasts that would follow.  They carry a variety of local wines and
regional delicacies such as Georgia olive oil, “the
first olives harvested east of the Mississippi since the 1800s.”

Our new friends had hoped to show
us more – not far away was the famed Sweet Grass Dairy  — but
they had some cooking to do, so they picked up a sampling of the handcrafted
goat cheeses at Tommy MCs and we headed back.  Next time perhaps we can try some of the places
mentioned in this article: http://pointsnorthatlanta.com/albany-ga/


That night,
as we mixed and mingled over drinks and nibbles at Elaine’s house with a group of
fun-loving ladies, our hostesses assembled a three-course dinner of local,
seasonal flavors.

We began
with a refreshing Watermelon and Vidalia Onion Salad – an uncharacteristically
healthy offering from the website of local cooking celebrity Paula Deen – who
had just fallen from the graces of the Food Network that week and was the
subject of much conversation that weekend, since several of the women knew her
personally from way back. Even if the show’s a goner, this recipe is a keeper!

Next came Elaine’s version of the main-course Hot and Hot
Tomato Salad made famous by award-winning Birmingham chef Chris Hastings, which
combines heirloom tomatoes, field peas and fried okra all in one glorious dish. She served hers with another Paula recipe, crispy miniature
Sour Cream Butter Biscuits.  Then for dessert, Marty wowed us with a Frozen Lemon
Meringue Ice Cream Pie – sort of a cross between lemon ice box pie and baked
Alaska.

Everything
was so wonderful, Sheri and I began to get a little nervous wondering if the
feast we had sketched out for the next night would rise to the occasion! After a
restful sleep at Elaine’s, we met up with most of the previous night’s dinner
guests and piled into two cars, bound for White Oak Pastures Farms in
Bluffton,  about an hour and a half’s
drive away, where grass-fed beef evangelist Will Harris gave us a fascinating
personal tour of his amazing farm – a model of environmental sustainability. (…I’m saving much of our experience there for a future blog post!)

We got back late that afternoon in time for the daily Cocktail Cruise aboard Marty’s
husband’s fancy speed boat. Sheri and I got the full tour of Lake Blackshear’s
beautiful properties, while our hosts waved and exchanged greetings with
neighbors also out for a cruise. (They pointed out the dock with a sign that
read “Boat Church,” explaining that this is where a hundred or so congregated
on Sunday mornings for some preaching by the local Methodist minister.)

Back at
Elaine’s, Sheri and I got to work. Sheri made
the main course, based on two recipes in “The New Southern Garden”: a fresh
succotash sauté topped with crispy chicken breasts, and tomato gravy.

Meanwhile, our guests worked on
the appetizer: an adaptation of  prosciutto-wrapped prawns (below) from Eat Drink
Delta,  using shrimp in place of
Delta-raised prawns and served over a simple salad of Sheri’s creation, instead
of pesto-tossed pasta.

Before I left Atlanta, I baked a
batch of Mama Clower’s Tea Cakes, a simple old-fashioned butter cookie spiked
with buttermilk, to serve with the caramel peaches. Everyone seemed pleased
with the outcome, and after we’d finished our entrees, we retreated to the
comfy screened-in back porch overlooking the lake, for peaches with caramel
sauce and a plate of Mama Clower’s Tea Cakes.

As we said our good-byes, several
of the guests had us sign copies of our books and we exchanged contact info, in
hopes of a return visit to explore the area more thoroughly.

Here are a couple of recipes from
our dinner: that can also be found in The New Southern Garden and Eat Drink
Delta

“It’s sad when a good dish gets a bad reputation from people’s
experiences with poor versions. I think that’s what happened to succotash. Too
many people think it is little more than canned limas and canned corn heated up
together.

This fresh succotash showcases the best of the late summer market,
combining corn, butter beans, okra, tomatoes and basil. For a wonderful
Southern summer supper, spoon this over crusty cornbread or hot biscuits.

The bacon adds tremendous flavor and a good crunchy texture on
top. If you’re going to eat bacon, make sure it is excellent bacon. I highly
recommend thick cut, applewood smoked artisanal bacon such as Niman Ranch or
Neuske’s.”

1. Cook the bacon in a
large skillet over medium-high heat until very crisp. Remove the bacon to paper
towels to drain, leaving the drippings in the skillet.

2. While the bacon is
cooking, parboil the butter beans in a saucepan of water over medium-high heat
just until they start to become tender, about 5 minutes. Drain well and set
aside.

3. Add the onion to
the skillet and cook, stirring often, until softened, about 5 minutes.

4. Add the garlic and
cook one more minute.

5. Stir in the corn,
jalapeno, butter beans, okra and tomatoes and cook, stirring often, until the
vegetables are tender, about 7 minutes.

6. Season with salt
and a generous amount of pepper.

7. Stir in the cream
and basil.

8. Just before
serving, crumble the bacon on top.

Shelby Foote’s Mississippi Corn Bread Recipe from Eat Drink Delta
Makes 6 servings
The civil war scholar shared the recipe he perfected at his Memphis home and it
is a classic, as Southern as you can get: all meal and no flour, buttermilk, a
bare hint of sweetness, and a hot, lard-seasoned skillet. It has since become
my standard go-to corn bread recipe. (Some die-hard southerners may blast the tablespoon of sugar called for, but I find it adds just the right hint of sweetness to accentuate the corn taste without turning it into cake.)

2.     In a
large bowl, stir together the cornmeal, sugar, baking powder, baking soda, and
salt. In a small bowl, beat together the buttermilk and eggs.

3.     Make a
well in the center of the cornmeal mixture and pour in the buttermilk mixture. Stir with a
wooden spoon to incorporate.

4. Meanwhile,
place a 9-inch cast-iron skillet on stovetop burner and let it get hot. (Hot as
frying an egg? “Hotter. If you put an egg in this skillet, it’d jump back
at you.”)

6. Place
grease in skillet. When it starts to smoke, pour about 2 tablespoons of the
melted grease into the batter; stir quickly to combine, then pour batter back
into skillet.

7. As
soon as a crust starts to form around the edge, place the skillet in the oven. Bake until golden brown on top, 12 to 15 minutes.  Let cool for a few minutes
before serving.

We're not around right now. But you can send us an email and we'll get back to you, asap.